Laredo Center for the Arts

Before beginning my Fulbright Grant, I scheduled a show for the summer of 2008 at the Laredo Center for the Arts. This afforded me the opportunity to disseminate some of my studio work from my time in Japan to audiences in the US. Inside the Goodman Gallery, I exhibited an interactive site-specific inflatable installation titled Stuffed Full. First installed in a smaller form at galerie weissraum in Kyoto, Japan, I expanded the size of the piece to fit the space in Laredo. I also performed Big Red, an inflatable suit, outside during the day of the opening.

During the opening I brought Big Red into the Goodman Gallery. Even with the tall ceilings of the space it barely fit. I enjoyed smashing into Stuffed Full and startling viewers in the space with the fast movement of the inflatable suit. Some people tried their hand at inflatable mischief by donning the suit and tumbling around the space. 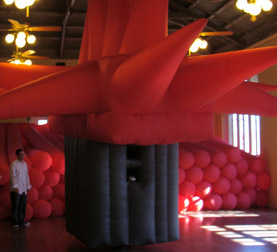 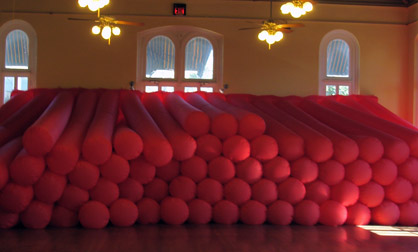 Laredo's downtown area is well suited for traveling public performances. I unpacked Big Red outside the center. After circling the block once I headed down the street toward a park in the center of town. The streets of downtown Laredo are narrow and often one-way. Once in the street the inflatable suit blocked all traffic, so I hurried down the street. During the performance large gusts of wind frequently blew me off course. The suit catches a lot of air.

I met many people on the streets and in the park and invited them to the opening. A fair number of people from the park came to the opening later in the evening. Christina Rosales, a newspaper reporter, caught up with me to ask some questions about the performance. She published an article in the Laredo Morning Times. 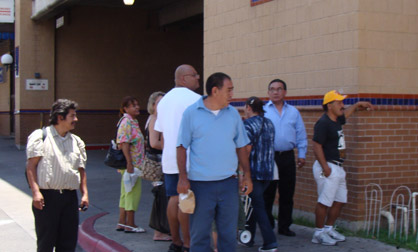 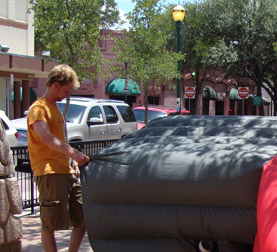 Laredo is off the beaten path of the art world, but since it is a border town it offers a diverse cultural environment in which to display art. During the performance questions came in Spanish as well as English. I enjoyed the public performance and all the people that I met along the way. 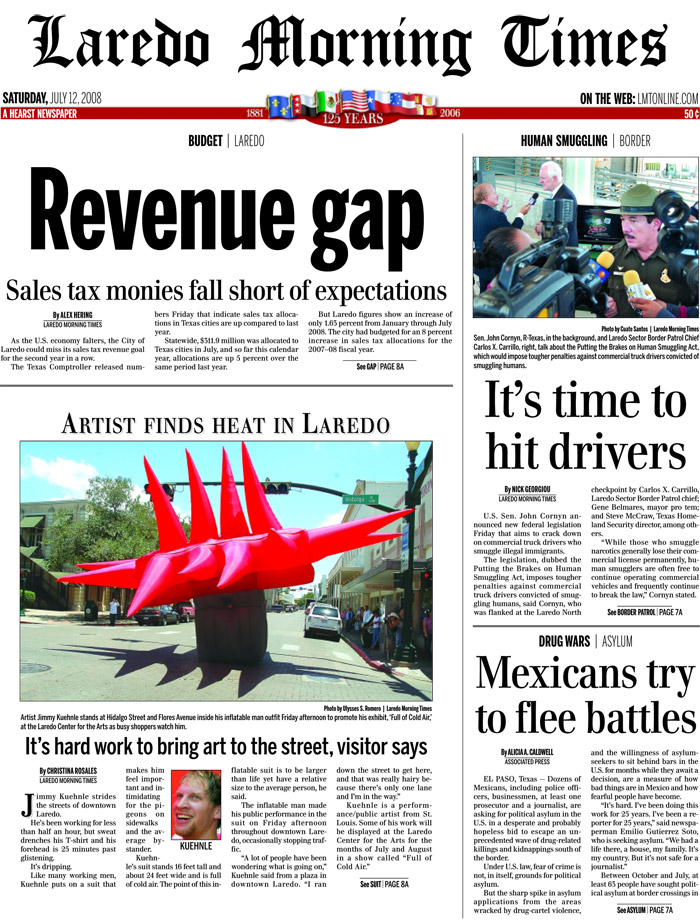