C-Art studio is an alternative space founded by Claudia Trevino. Claudia originally set the exhibition space up to show her own work, but expanded the venue to host local emerging artists in 2002. The space reminds me on one of the early incarnations of the Tom Thumb Gallery started by myself and Kjell Hahn. C-Art Studio has a large backyard that serves both as a parking lot and a place for guests to mingle during openings.

I choose July 2006 to exhibit at C-Art Studio because it corresponded with Contemporary Art Month in San Antonio. Since Mimi and I had shows in Dallas and San Antonio Catherine Walworth of the San Antonio Current did a preview article on the events. San Antonio is a great place for emerging artists because of its tight knit artist community. Exhibition Spaces such as C-Art, Unit-B, Cactus-Bra, Three-Walls, Sala Diaz among others give artists the much needed opportunity to get their work out into the public. 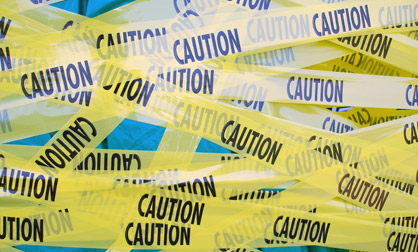 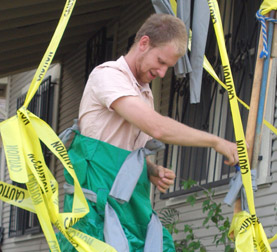 I take my work directly to the public during some of my performances. For the first performance of Kiss the Sky here at C-Art I took a different approach than its second appearance at the Lawndale Art Center during Waiting to Explode: Richie Budd and Jimmy Kuehnle. At C-Art the performance was held in front of a captive audience outside. While this affords a more intimate setting to see the work I prefer direct contact with the world and public.

Inside the exhibition space I debuted "Binary Drawings" of various corporate logos take from their respective web sites. I converted the digital files to hexadecimal and then wrote the binary information out by hand. Depending on the size of the file the drawings became quite large. During the translation from hex to binary I made mistakes which I then corrected. These became or record of human presence in a cold digital medium. 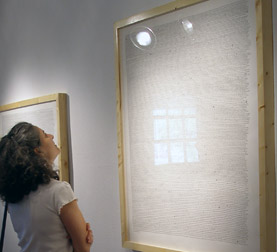 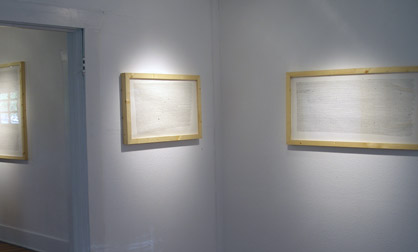 Jimmy in Binary at C-Art Studio

In a base 10 number system one can only count on their hands up to ten, but in binary the upper limit is 1023. I counted on my hands in binary with and extended finger representing a 1 and a contracted finger representing a 0 up to 1023. The resulting video lasting over 25 minutes was displayed in the fire place at C-Art. By the end of the video my hands begin to shake from the contortions during a futile attempt to comprehend the vast computations that computers do every second.

The cold air inflatable suit has 104 protrusions made of coated rip-stop nylon. The handmade suit has a "shirt" and "pants" which afford me complete mobility. I wanted to increase my size in an absurd way. 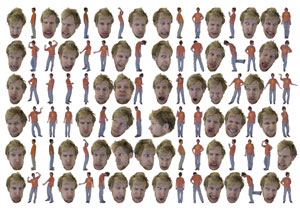