Tell Me a Story

While in graduate school during the 2005 / 2006 academic year, I traveled to Mexico, Germany and Japan. I decided to take a video camera and a lapel microphone with me in order to collect stories from each location to present later in a video installation commenting on the humanity of everyone. Before I left, I prepared a sheet of paper explaining my intentions in each of the countries' respective language.

I visited Mexico first for the Day of the Dead celebration and found it difficult to communicate with people because of my poorly translated instructions. Luckily a kind gentleman helped me rework the translation. Many people were interested in telling me a story, but stayed away from the video camera. I picked up a few Spanish words for phrases such as, "Any thing is okay." and "One story." I had to ask a lot of people to get the stories that I did, which ranged from old folk-tales to young college students jokes to stories about family. 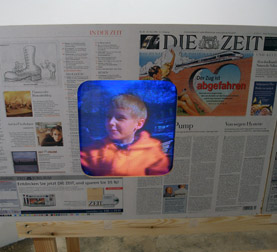 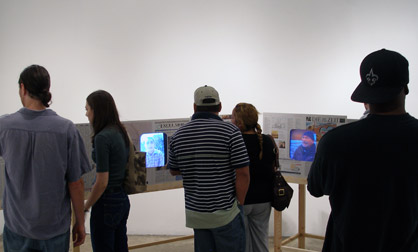 Next, I went to Germany in March when it was quite cold. Many Germans speak good English so my translation sheet was not as necessary, although it was still difficult to get people to talk on camera. In Germany I collected stories about little boys' love of cake to more serious comments about East Berlin.

In Japan it was easier to communicate because I spoke some Japanese. The Japanese can be shy people to strangers beyond giving directions. Not many people wanted to say anything on camera. Stories ranged from tales of Astro Boy to grandchildren. 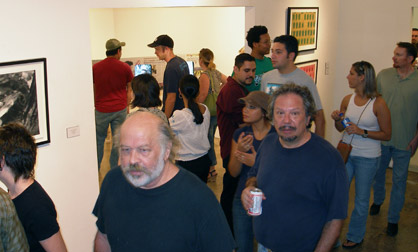 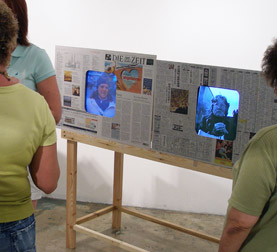 Finally, I collected stories from the US to add to the spectrum represented. I found that approaching and convincing Americans on the street to be extremely difficult. Most people thought I was begging for money and just ignored me. With some persistence I gathered the information I needed and took all the tapes home to cut together on my computer.

The installation became an eight monitor piece. Each of the monitors could be seen through a hole cut in a newspaper from the country the storyteller was from. Each monitor cycled through about twenty stories. The various languages created a swell of sound, but looking at the advertisements for goods in the various news papers and hearing some stories in recognizable languages gave a feeling of universality. 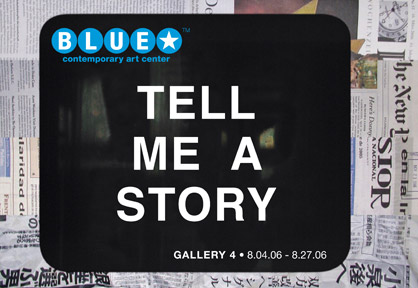